BACKGROUND The medical establishment continues to be complicit in the degradation of native peoples of the United States through the use of the racist phrase “red man syndrome” (RMS) to describe the histamine-release syndrome that accompanies vancomycin infusion.

METHODS Five months after the transition from 1 electronic health record to another at our freestanding children’s hospital, our antimicrobial stewardship team reviewed all active allergy records to identify and then replace use of RMS terminology with preferred alternative “vancomycin flushing syndrome.” In partnership with institutional stakeholders, we also launched an educational campaign and instituted in the electronic health record an autocorrect functionality to prevent new RMS entries.

CONCLUSIONS Implementing an institutional-level change in terminology, even for racist language, requires education, reinforcement, and continued surveillance. To effectively replace this term, we need the support of national stakeholders to remove this language from our medical education systems, our textbooks, and our clinical lexicon.

Many medical professionals have increasing awareness of the importance of culturally competent care and are seeking to prioritize equity in their work. When a member of our team pointed out that we were perpetuating in our daily lexicon a phrase with racist connotations toward persons of American Indian or Indigenous descent, we initiated a comprehensive institutional effort to end the practice.

The historical disenfranchisement of American Indian peoples in the United States has given rise to inequitable access to health care resources, leading to increased rates of mood disorders, substance abuse, and preventable diseases and ensuing increased mortality.1 The ongoing marginalization of Indigenous peoples has been enforced through persistent stereotypes in popular culture and even in medicine, for instance, in the continued usage of the term red man syndrome (RMS) to describe the flushing reaction that can accompany vancomycin infusion. This term was coined in the 1980s2 and remains in routine use although “red man” is a derogatory slur used to refer to persons of American Indian descent since the 1600s. Although there have been intermittent calls to remove this racist epithet,3,4 most recently by Austin et al,5 there has not yet been widespread adoption of alternate terminology. Here we describe interventions we implemented at our institution to expunge this offensive terminology from our shared lexicon. We report on the initial success and describe the use of language related to vancomycin reactions in the 3 months after our initial interventions.

This intervention took place at a 407-bed freestanding children’s hospital and referral center serving the northwestern United States, ∼5 months after transition from 1 electronic health record (EHR) to another. Our goal was to modify all existing allergy records with RMS language as quickly as possible and to prevent or prospectively replace all new manual entries of this language while promoting institutional awareness through several outreach channels.

We captured all patient allergy records documented within the EHR. Although not true allergies, “vancomycin infusion reactions” are nonetheless documented in the allergy section. We mapped a Tableau (Seattle, WA) workbook to the allergy tables in the enterprise data warehouse and generated a report for download. Report output was exported to Excel (Microsoft, Bellevue, WA) and then filtered to capture records in which the coded allergen was “vancomycin” and free-text reaction entries contained either the literal strings “red” and “man” or related variations in capitalization, compounding, and pluralization (eg, Red Man, “redmans”); manual review of all vancomycin records not flagged for RMS terminology confirmed 100% specificity of the workflow (data not shown).

Two members of our antimicrobial stewardship team replaced the RMS-related language within the allergy records with vancomycin flushing syndrome for all identified patients. At the time of the intervention, there was no widely accepted alternate terminology for RMS, although in one publication,5 authors suggested “vancomycin flushing reaction.” After consultation with local experts at our institution, we chose vancomycin flushing syndrome to better reflect the systemic manifestations that may accompany vancomycin infusion. (There continues to be ongoing debate about alternative terms6 at the time of this publication.)

The allergy record surveillance was repeated every 2 weeks for 3 months after the initial manual replacement. Preintervention and postintervention data were compared by using the χ2 test.

Simultaneously, we partnered with key institutional stakeholders within informatics, our institutional Centers for Diversity & Health Equity and Quality & Safety, Department of Pharmacy, and Division of Infectious Diseases to gain buy-in and formulate an educational campaign. In dialogue with leadership from our institutional Center for Diversity and Health Equity (which included a recent member of the American Academy of Pediatrics [AAP] Committee on Native Child Health) and colleagues at a peer institution (who had recently published “Replace Red Man Syndrome With Vancomycin Flushing Reaction”), we drafted internal and external communications regarding this change in terminology. Content explaining the change in verbiage and the rationale behind it (Supplemental Information) was disseminated by e-mail and posted to the institutional intranet to reach audiences, including housestaff, pharmacists, attending physicians, advanced practice providers, and nurses. One week later, we implemented within the EHR an autocorrect functionality that prevented 1-word entries of redman or RMS and substituted vancomycin flushing syndrome (Epic “System Dictionaries, Ambiguous Abbreviations” functionality; Epic, Verona WI).

Preintervention, we identified 21 034 patients with at least 1 allergen listed in the EHR; vancomycin was a listed allergen for 445 patients (Fig 1; 2.1% of all patients with a documented allergy). In comparison, 5382 (25.6%) patients had an allergy listed for penicillins and 955 (4.5%) for cephalosporins.

Number and Rate of RMS Positivity of Vancomycin Allergy Records Entered, by Self-reported Race and/or Ethnicity

Number, Type, and Rate of RMS Positivity of Vancomycin Allergy Records Entered, by Presence or Absence of Additional Free-Text Description of Allergy (Preintervention Versus Postintervention)

The manual replacement component of the project succeeded not only because of the simplicity of the text-replacement maneuver but also because of the limited volume of patients with allergy records active in our new EHR database. The manual terminology change may not be feasible at other institutions with more allergy records, as was the case in a recent study published in the New England Journal of Medicine in which they identified 1909 patients with documented RMS.7 Nonetheless, the methodology presented here may be used as a test case for other examples of inappropriate medical terminology (eg, Reiter syndrome) that requires replacement within structured fields in the EHR.

Although the analysis involved relatively few but commonly available material resources (such as Excel and Tableau), the mapping of the allergy dashboard to the enterprise database did require upfront work by a data analyst; this step may present a challenge to replication of this intervention at other institutions.

Although replacement of RMS terminology in the EHR represents only 1 of many steps required in the collective journey of the medical establishment toward antiracism, we acknowledge our accountability for harms that we have perpetuated in using this offensive term. To expand our institutional approach to addressing health disparities in American Indian and Alaskan native populations, we have reviewed the actions recommended by the AAP Committee on Native American Child Health in a recent policy statement on caring for American Indian and Alaskan native children and adolescents.8

We acknowledge limitations to our approach. We were not able to replace RMS language in all existing medical documentation (such as progress notes), perhaps leading those exposed to this language via chart review (who perhaps were not reached by the educational campaign) to believe that this term remains acceptable. We were unable to reach out directly to every health care provider in our system; for example, not all providers access their institutional e-mail accounts with the same frequency. To promote this change more broadly, we have partnered with our local academic partners to change graduate and professional school curricula and educational resources9,10 and proposed language for position statements11,12 to national professional societies. We hope these actions will contribute toward building trust with Indigenous communities, with the goal of improving their care.

We thank Alicia Adiele, MSW, LICSW, and Shaquita Bell, MD, from the Center for Diversity and Health Equity at Seattle Children’s Hospital for their support of this project. The authors would also like to acknowledge that they are living and working on the land of the Coastal Salish and Klamath peoples and would like to thank the original caretakers of this land. 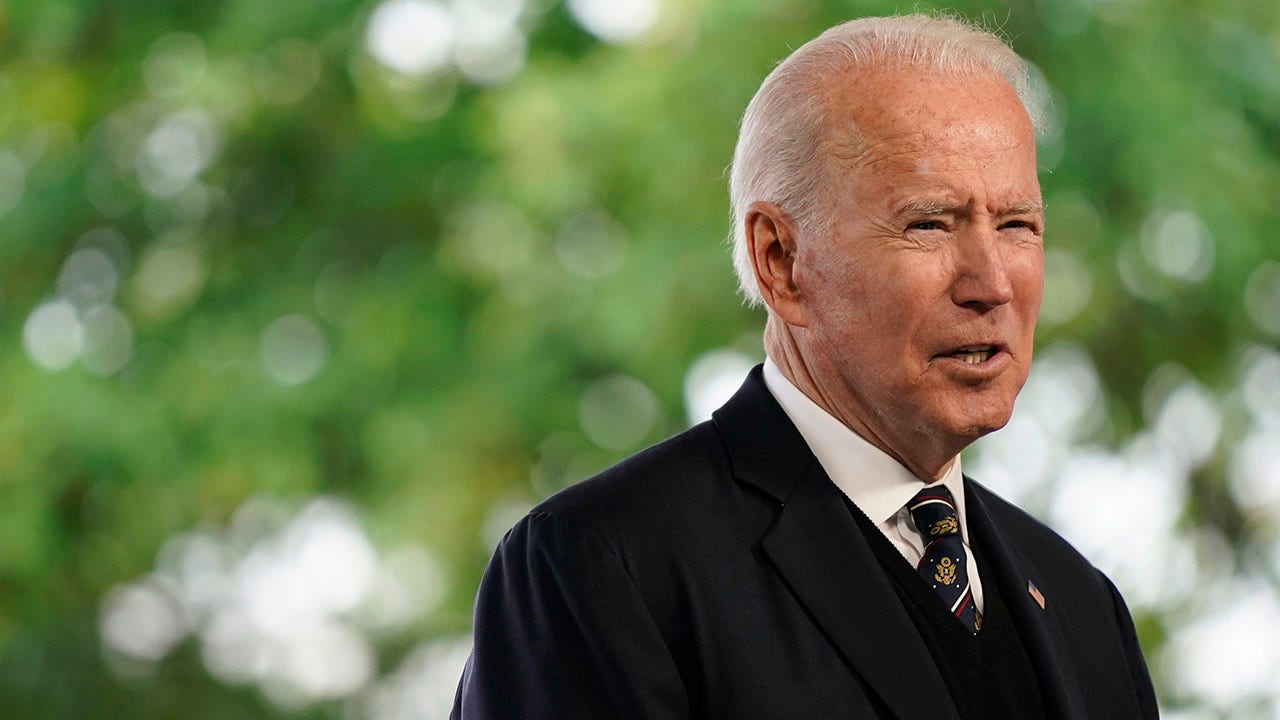