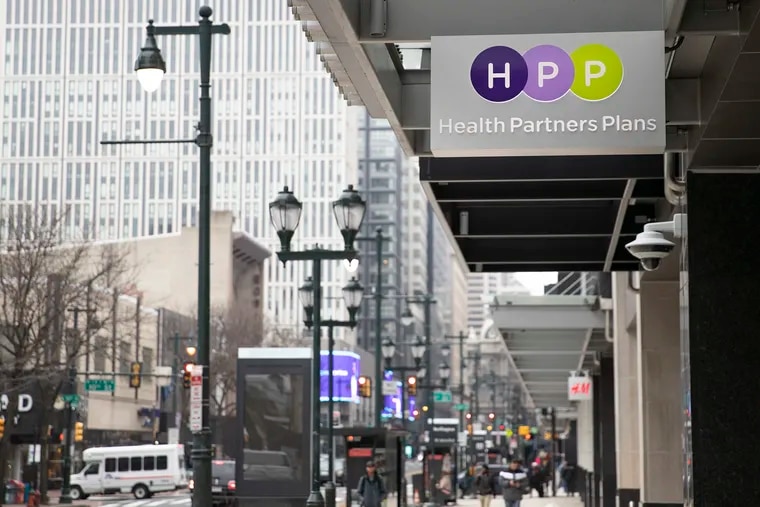 Thomas Jefferson University on Monday announced the completion of its long-planned purchase of Temple University Health System’s half of Health Partners Plans Inc, a nonprofit Medicaid and Medicare insurer based in Center City.

The price was $305 million, which Jefferson said it will pay with cash on hand.

The purchase gives Jefferson 100% ownership of Health Partners, which had more than $1.6 billion in revenue in its most recent fiscal year, and places Jefferson among the growing ranks of health systems that own hospitals, employ doctors, and operate insurance companies that pay for health care.

Jefferson’s president and chief executive, Stephen K. Klasko, said in late September that Jefferson’s interest in Health Partners centered on the insurer’s Medicaid and Medicare plans serving poor neighborhoods, not as an entry into commercial health insurance sold to companies and individuals.

But Klasko, who is retiring at the end of this year, has often praised the integration of hospitals, doctors, and insurers as a way to make health care generally more efficient.

“There’s just not enough money for somebody to be getting 17 cents on the dollar as an insurer to be the middle person, the provider getting X amount, pharma getting its amount. At some point you’ve got to bring those together,” Klasko said in February during a BizNow interview.

In Pennsylvania, UPMC, based in Pittsburgh, and Geisinger Health, based in Danville, are nationally known examples of health systems that went into the insurance business. In addition, Pittsburgh-based Highmark, a large Blue Cross Blue Shield insurer, bought Allegheny Health Network amidst a years-long fight for market share with UPMC.

Jefferson is the first to bring that integration to Southeastern Pennsylvania. Credit ratings agencies typically praise the combination for adding financial stability to an organization because when one side of the business is losing money, the other side is usually profitable.

Asked in late September to explain how acquiring Health Partners would help Jefferson improve the lives of the insurer’s members clustered in North Philadelphia, Klasko said that controlling the health insurance money from the start, and eliminating the fragmentation of the insurer and the hospital, would make new interventions possible.

“If I’m the payer and the provider for the most underserved people, starting to figure out how to get them broadband makes sense because if that’s going to keep them from going to my hospital, that’s a good thing,” Klasko said.

Hospitals are the most expensive places to receive care. Klasko believes that advancing telehealth services including video can also help reduce hospitalizations.

During Klasko’s eight years at Jefferson, the system has grown to 18 hospitals from three. Its annual revenue, including the recent acquisitions of Einstein Healthcare Network last month and now Health Partners, has reached roughly $8.6 billion, up from $2 billion the year he arrived. Jefferson announced that it was in talks to buy Temple’s half of Health Partners in January 2019.

Health Partners, founded in 1984, is the second-largest Medicaid insurer in Philadelphia, with 220,361 enrollees in September. That amounts to 36% of the Philadelphia market. The leader is Independence Health Group’s Keystone First, with 275,777 enrollees.

For the entire five-county region of Southeastern Pennsylvania, Health Partners’ share is 27%, compared with 52% for Keystone, according to a state report on September enrollment. Health Partners’ Medicaid revenue was $1.38 billion in the year ended June 30.

In private Medicare, which accounted for $246.7 million in revenue, Health Partners is a much smaller player with 12,426 enrollees in Philadelphia and fewer than 1,000 spread across eight other counties. Its Medicare market share in the city is 9.4%. Again, the market leader is Independence.

Temple University Health System, which will continue to have a contract with Health Partners, said little about what it would do with the proceeds. What’s clear is that the sale will give Temple significant room to maneuver financially. It could use some of the $305 million to repay part of its $476 million in long-term debt.

Last summer, Temple paid $12 million for the the buildings, equipment, and supplies of the former Cancer Treatment Centers of America location at 1331 E. Wyoming Ave. in Northeast Philadelphia. It has not yet unveiled plans for the building, but the injection of cash could help pay for changes to that site and to Temple’s main hospital.

This article was updated on Nov. 2, 2021, to correct the name of Independence Health Group’s Medicaid plan, which is Keystone First.