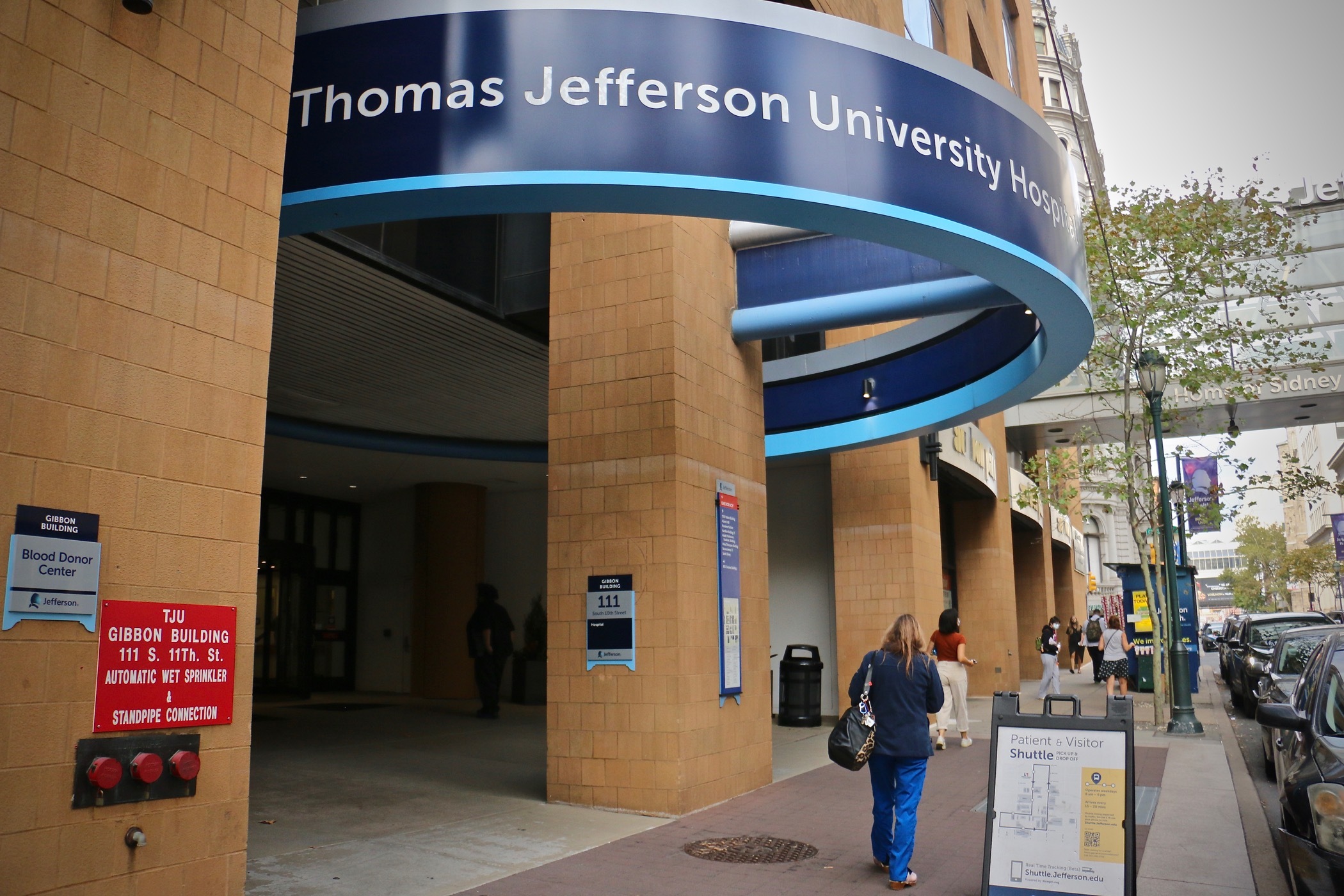 When she heard that a nursing assistant had shot his colleague overnight at Jefferson University Hospital, Dr. Priya Mammen’s first thought was the enormous amount of pressure health care workers have been under.

“We’ve all been pushed to our limit, and then we’ve been pushed some more,” she said. “All of us can take that if it’s a finite period, but this is not finite anymore.”

Mammen is an emergency room physician who works part time at Roxborough Memorial Hospital and as a public health consultant. Until 2019, she was a doctor in the emergency department at Jefferson.

Mammen said she and her colleagues are used to stepping up in the face of a crisis — they have the skills necessary to help, and it‘s the job they signed up for.

But that becomes more difficult when workers experience an 18-month deluge of unrelenting crises: the rolling coronavirus waves, a surging overdose epidemic, and a record high increase  in gunshot victims.

Mammen said normally, she and her colleagues rely on hospital systems to look out for them, and have their backs after periods of intense work. Instead, nurses are leaving the profession in record numbers and remaining workers are asked to do more with less.

And so, she thought, it’s no wonder that someone may have cracked.

Philadelphia police confirmed that a certified nursing assistant was shot and killed on the ninth floor of Jefferson’s Center City hospital, just after midnight on Monday. Family members identified the victim as 43-year-old Anrae James, a father of three. The suspect, a 55-year-old also identified by WHYY news partner 6abc as Stacey Hayes, was also a nursing assistant and according to police, appears to have targeted the victim.

The suspect allegedly fled the scene in a U-Haul van to the city’s Parkside neighborhood, where he opened fire on four officers chasing him, hitting two. Police said they exchanged gunfire, and the suspect was also struck. All three were taken to Penn Presbyterian Hospital in West Philadelphia. The officers appear to have survived their injuries. The suspect was in critical condition as of Monday morning, according to Police Commissioner Danielle Outlaw.

Jefferson said in a statement that it is offering counseling for employees and patients affected by the shooting, and it is “very proud of the professionalism and dedication of our colleagues, who despite this tragic incident, continued to carry out their duties taking care of their patients and each other.” The hospital also said it will review its safety and security protocols.

A Jefferson employee who has worked with James and Hayes described both nursing assistants as helpful and great with patients. WHYY News agreed not to reveal the employee’s name to protect their job. The employee, who has worked with both men in the emergency department, said that though they generally worked in the med-surg unit, they were willing to “float” down to the ED when extra bodies were needed, which not all nursing assistants were willing to do. The employee said both men had great patient rapport and had impressive de-escalation skills when patients became aggravated. That’s why, the employee said, the shooter’s identity came as such a shock.