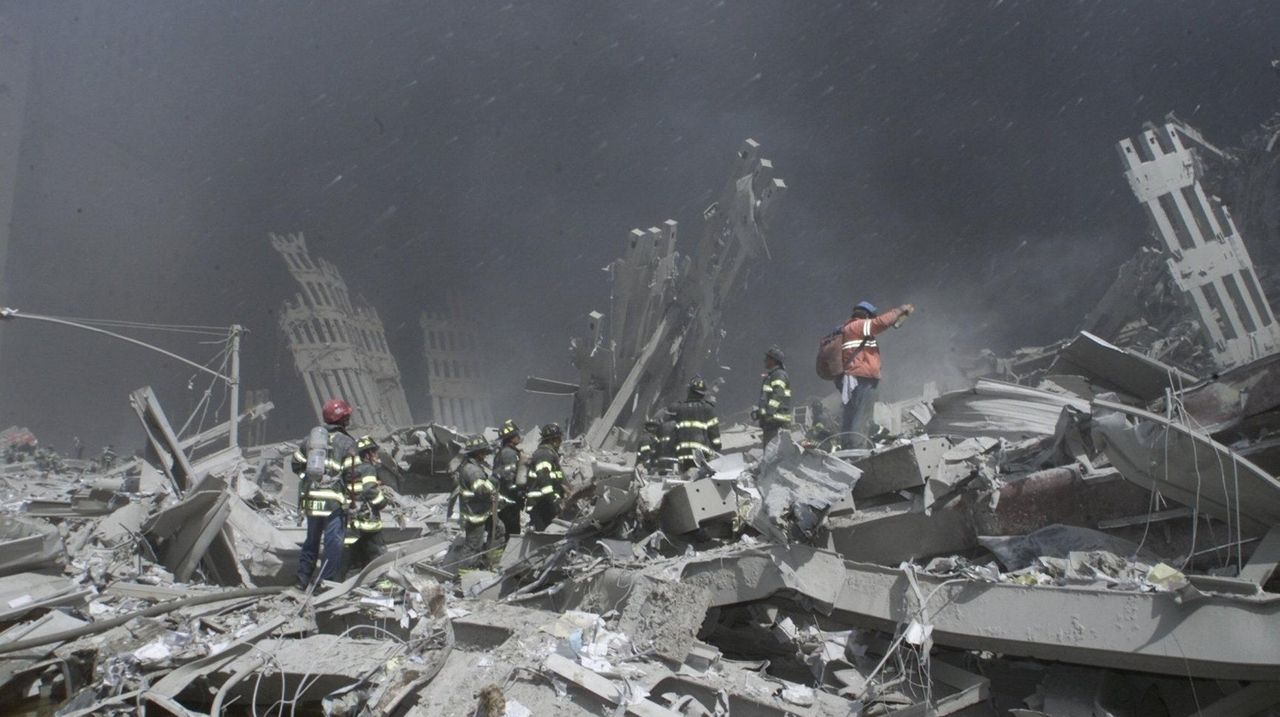 ALBANY — The story of 9/11 is not complete without a telling of the battle for essential health care and compensation for the first responders who spent days and nights digging for survivors at Ground Zero.

It was a long slog to establish the James Zadroga 9/11 Health and Compensation Act, initially approved by Congress in 2010 and reauthorized for good in 2015, as well as the related, but separate 9/11 Victims Compensation Fund, enshrined into law in 2019.

Eighteen years of lobbying and heartbreak, and in the end not elation at success, but what those involved in the fight called subdued satisfaction.

“There’s no celebration, ever. It doesn’t bring joy, it just brings justice,” Sen. Kirsten Gillibrand (D-N.Y.) said. “It’s like a righteous fight … It’s not easy, it’s sad. It takes a toll because there is so much loss associated with this issue. You feel relief, I guess. You say, ‘Ah, at least we have the health care covered. At least we have the compensation needed.’”

It’s the story of legislation bogged down by Washington politics, filibusters and attempts to tack on unrelated issues, such as tax cuts and immigration curbs, onto a 9/11 vote. Skepticism about the need — as if it was just another fight for highway funds, a former congressman said — doomed early attempts to get something passed.

But it also included powerful moments of first responders, aided by walking canes, wheelchairs and oxygen tanks, lobbying in Washington hallways, and a television star shaming officials at hearings.

And it included crucial, unseen moments:

Get the latest breaking news as it happens.

Backroom coaching for a freshly minted senator. A one-on-one meeting of two Senate giants. A surprising act of bipartisanship. A frantic flurry of phone calls to keep lawmakers from leaving Washington one December, in what one called a “Christmas miracle.”

All told, it amounted to three major pieces of legislation, committing at least $20 billion in aid.

“If I had a dollar for every time someone told me this wasn’t going to happen, I wouldn’t be on the phone with you now. I’d own a sports franchise,” said John Feal, a Ground Zero worker from Nesconset who made the Zadroga Act his cause.

“We didn’t invent lobbying. We just made it our own,” Feal said. “We’re proof that something can be done.”

The health of Ground Zero workers wasn’t the foremost concern among lawmakers in the immediate aftermath of the attacks. That came a few years later.

Rep. Carolyn Maloney (D-Manhattan) in 2005 proposed a “Remember 9/11 Health Act,” which never made it to the floor of the House for a vote. Then-Sen. Hillary Clinton proposed a different health bill in 2006, which didn’t really advance.

“For the first five years, it wasn’t a big deal because we didn’t understand it,” said former Republican Rep. Peter King of Seaford. The focus was on victims’ compensation, terrorism and homeland security.

In 2009, Maloney, who wasn’t available to comment for this story, took another shot with a new bill, the James Zadroga 9/11 Health and Compensation Act. It was named for a NYPD officer whose death was linked to exposure to chemicals in the Ground Zero aftermath. Rep. Jerrold Nadler (D-Manhattan), with Maloney, led the push on the Democratic side.

King, who led the effort to secure Republican support in the House, believed they’d gotten enough votes to make it a go in 2010. But then Republicans attached an illegal immigration amendment to the bill. That gummed up the bill and Democrats didn’t want to vote on it in an election year.

A parliamentary move by the GOP put it on a legislative calendar without the amendment, but it required two-thirds majority to pass.

His fellow Republicans believed the cost would be too high or saw it as a boon to trial lawyers and unions, King said.

“I hated it being treated as just a New York issue, like we were fighting for our share of highway funds,” he said.

Gillibrand then got involved.

She had been a House member but was appointed to fill Clinton’s seat when the latter became U.S. secretary of state.

“When I was first appointed, the first issue that Senator Schumer asked me to try to lead was the 9/11 health bill,” said Gillibrand, in an interview with Newsday, referring to Sen. Charles Schumer (D-N.Y.). “It seemed like a really daunting task because there had been no movement in the Senate up until that time. It had never had a hearing. It had no bipartisan support.”

She met with Mary Landrieu, then a Louisiana senator, to ask how she built support for a Hurricane Katrina aid bill. Landrieu advised her to “explain why you care.” Gillibrand worked with Republicans Lisa Murkowski (Alaska) and Susan Collins (Maine) to build Republican support. She teamed with Feal and his army of activists.

The legislation seemed to have sufficient support, but on Dec. 9, 2010, it was voted down. Republicans had been refusing to pass Democratic legislation unless the Bush-era tax cuts were renewed.

“It was the worst day of my career ever. The worst gut punch you could ever imagine,” Gillibrand recalled.

Time was running short. This was a lame-duck congressional session and, come January, the GOP would take over the House after its “Tea Party”-inspired wins in November. The new House wouldn’t support Zadroga, many figured.

So the New York delegation rallied to try for another vote.

The same week, television star Jon Stewart devoted an episode of The Daily Show he hosted to the issue, featuring first responders and building public pressure on the issue.

“I remember sitting in a meeting with Senator Coburn and literally bursting into tears,” Gillibrand said, “and saying, ‘I don’t know how to do my job if you won’t help us do this bill.’”

“Coburn had the ability to block it and get the Republicans to block it,” Schumer recalled in an interview with Newsday. “I had four meetings with him, just me-him, one-on-one. First, telling him all the stories.

Schumer said he spoke to activists and colleagues, telling them, “We’re taking it. And that’s how it got done.”

Gillibrand said: “The deal would not have happened without Senator Schumer” to close it.

But fast action still was needed because the Christmas recess was about to hit. The Senate quickly approved the bill and it was rushed to the House, lawmakers said.

“People were getting on planes to go home,” King said. “The entire New York delegation was on the phone asking people to stay.”

“I remember being on the phone with Pete King, asking, ‘Who do we need to call?’” Gillibrand said.

King said House Speaker Nancy Pelosi made a commitment earlier in the year to get the bill done. After the Democrats lost the majority in the elections, that promise could have evaporated.

“But she kept her word. I give her credit like that,” King said. “Lots of people wouldn’t have after losing the speakership.”

It was the very last bill approved in 2010. In early January, President Barack Obama signed it into law.

“In a sense, it was a Christmas miracle because everything had to fall into place,” Gillibrand said. “Ten different things could have gone wrong … And it took a full decade to do what we wanted to do on the first day but couldn’t.”

There were testing moments, but nothing quite like before. Plus, Stewart helped even more, going to Congress with first responders and lobbying.

“I went to every office and told every member of Congress or their staff, ‘If you’re not going to help, I’m going to make your life miserable,’” Feal said.

“You know, once it was passed, it was hard not to extend,” Schumer said. “That was a little easier than 2010.”

This time, the law authorized the Zadroga health act for 75 years at cost of $3.5 billion. It renewed the victims’ compensation for five years for $4.6 billion. But this portion also was extended for 75 years in 2019, with cost estimates of $10 billion for the first decade.

When they got the third and final piece, it all hit Feal.

“That’s the only time I cried in D.C.,” he said. “We knew it would pass, but when I saw Jon (Stewart) in the hallway, it was a decade and a half of pent-up frustration. We had gone to Congress 300 times.”

As of July 2020, the act has paid for $7 billion in victims’ compensation and $5 billion in health care costs. 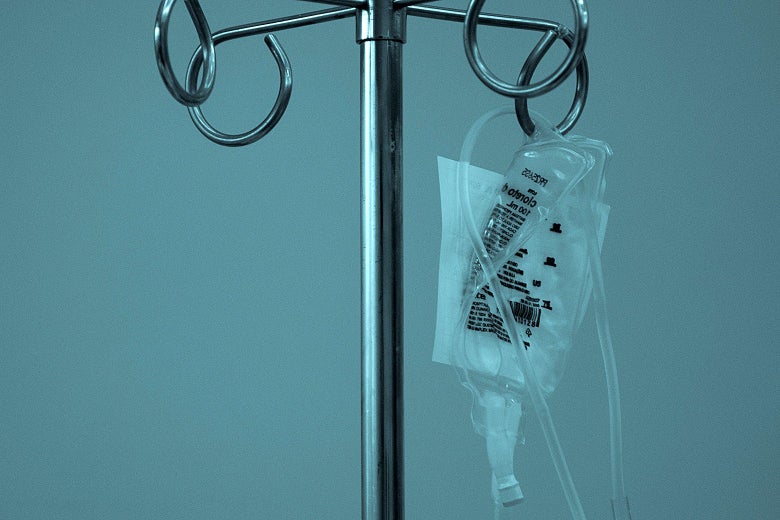