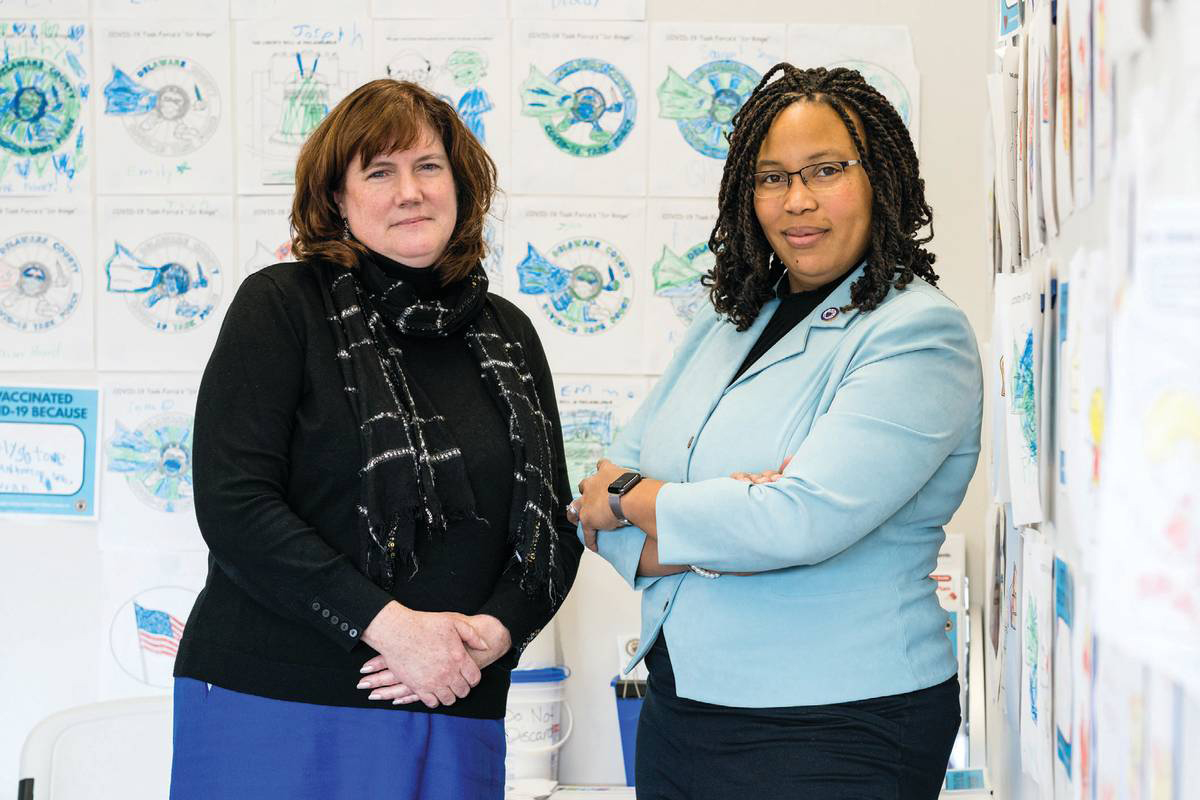 As of January, Delaware County is now one of the seven counties in Pennsylvania to have their own health department.

If Tracy Tucker’s personal experience with COVID-19 doesn’t showcase how a county health department can make a difference, then no story can. “It’s not like we weren’t doing everything right,” says Tucker, one of eight family members who contracted the virus. “We did it all right, but we still caught it.”

At the time, Tucker didn’t know where to turn—and it certainly didn’t help that there was no health department in Delaware County. Now that she’s been elected to Trainer Borough Council, Tucker wants more of a say. She also wants local COVID statistics and details. “I was able to pull up those numbers on Chester County sites,” she says.

Hopefully, it will be the last time Tucker has to turn to another county to find the resources she needs. In January, Delaware County became one of just seven Pennsylvania counties—including Montgomery and Chester—to have their own health departments. The other 60 rely on the state. “It’s become one of the fastest-track health departments in state history,” says Rosemarie Halt, chair of the Delaware County Board of Health. “There’s hope.”

The state’s first county health department in 33 years is the culmination of a two-year process that began the day Delaware County Council Vice Chair Monica Taylor and Democratic colleagues won the 2019 election. They immediately formed a transition team focused on positioning the county to meet the criteria to become an Act 315 partner.

Act 315 is Pennsylvania’s local health administration law. It’s aimed at improving local health administration by authorizing state grants to counties and municipalities that establish independent health departments. As the wheels turned in Delco, the appointment of a five-person county health board led to countywide think tanks, community discussion groups and a national search for a director. Per Act 315, the department must be up and running shortly after initial state approval, then operate for two years before final state approval and initial funding. Once that comes, the county must provide, at minimum, a dollar-to-dollar match for Act 315 funds.

As it turned out, Delaware County was uniquely positioned to leverage federal COVID relief funds to support its early efforts. Five years prior, the Foundation for Delaware County had already established the Delaware County Public Health Fund to help raise charitable donations. As positioned, the foundation can also provide staff support and expertise to steer progress in the maternal health arena, thanks to its Healthy Start, Nurse-Family Partnership and WIC nutrition programs. “It’s the number one reason I ran for office—to implement a health department. And that was before COVID,” says Taylor. “Health equity is a platform for all five of us [on council].”

Delco’s 576,000 residents make it the largest county in the nation by population. Yet it didn’t have its own health department. “It’s as shocking as it sounds,” says Taylor. “Most just assumed we had a public health department, then COVID brought the narrative forward.”

Taylor is a professor and program director in kinesiology who educates physical and occupational therapists and physician assistants at the University of the Sciences in Philadelphia. She first learned about Delco’s alarming lack of resources as an Upper Darby School Board member.

Pollution concerns—particularly in Chester, an environmental justice zone— have also plagued the county. “We’re really looking at health disparities—and they’re certainly large in Delco,” says Halt. “A health department can’t solve everything. But it would help to coordinate a response and allow any community to help itself.”

The goal is to involve everyone in building a community-embedded department that bridges gaps and improves the health of residents. Hired as the department’s director last November, Melissa Lyon has stepped in with a model she used in Erie to transition that county from an older-style health department. Racism is a public health issue across the country, says Lyon, “and the causes are often social—issues of social justice—and financial. My passion for public health runs deep. It’s the local prevention of illness, injury, disease and death. But I’ve also been involved with the elevation of the state health department infrastructure, which is under-funded, under-sourced and under-staffed.”

Lyon figures to hire 70 public health employees this year. In Erie, she aligned with trusted community leaders and centers—and she’ll do the same in Delco. “It’s about being inclusive and not working in a silo or vacuum,” she says.

The Foundation for Delaware County is a working example of a productive public-private partnership. It’s already played key roles in the health sector, running the Delco COVID-19 response fund and public health programs dedicated to maternal and child health. “It may seem surprising, but we’re a commonwealth of counties that have evolved differently and politically,” says Frances Sheehan, the foundation’s president. “It’s really up to political leadership, though we believe public health shouldn’t be political.”

The foundation contributed $50,000 to kick off the health department fund, and that seed money had grown to $150,000 by late November. Other contributors have included the Health Partners and Independence Blue Cross foundations, along with various individuals. “You can’t just have a county council that says we want a health department and then approve one,” says Sheehan. “Council invited the community in.”

A registered pharmacist with a master’s degree in public health, Halt advocated for the new department for 15 years. “You have a county of this size bordering Philadelphia—and you don’t have a health department?” she poses. “That should be a concern for everybody.”

During the pandemic, the state tasked Chester County with helping its neighbor to the east. That’s when Halt became the county’s appointed COVID-19 task force director. Delco officials opened the first testing and vaccine center in a refurbished Yeadon supermarket. More sites followed.

One of Delco’s strengths is its citizen corps. The county had over 2,000 volunteers helping with COVID relief. Sheehan was at Upper Darby High School when 1,000 locals were vaccinated. “We’re well-positioned for the future,” she says. “We’re going to have more pandemics, so we need to take what we’re learning and make sure we’re prepared for the next one.”

For Tucker, education is key. “It’s about educating moms—especially about the vaccine. Unfortunately, a lot of pregnant moms aren’t getting vaccinated,” she says. “I’m excited about the new county health department because of the opportunity for people to get educated. When you know better, you do better.”

Related: Stay Healthy in the Main Line With This Wellness Calendar 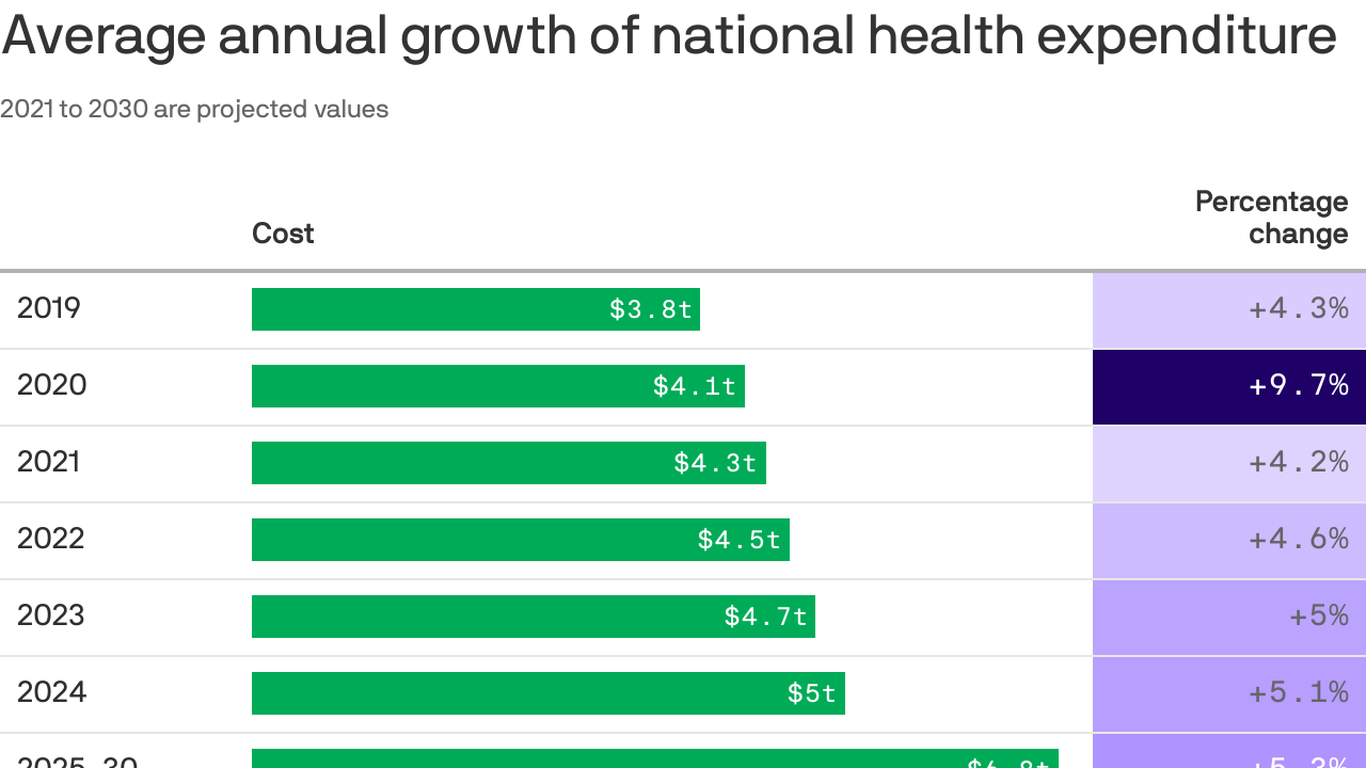