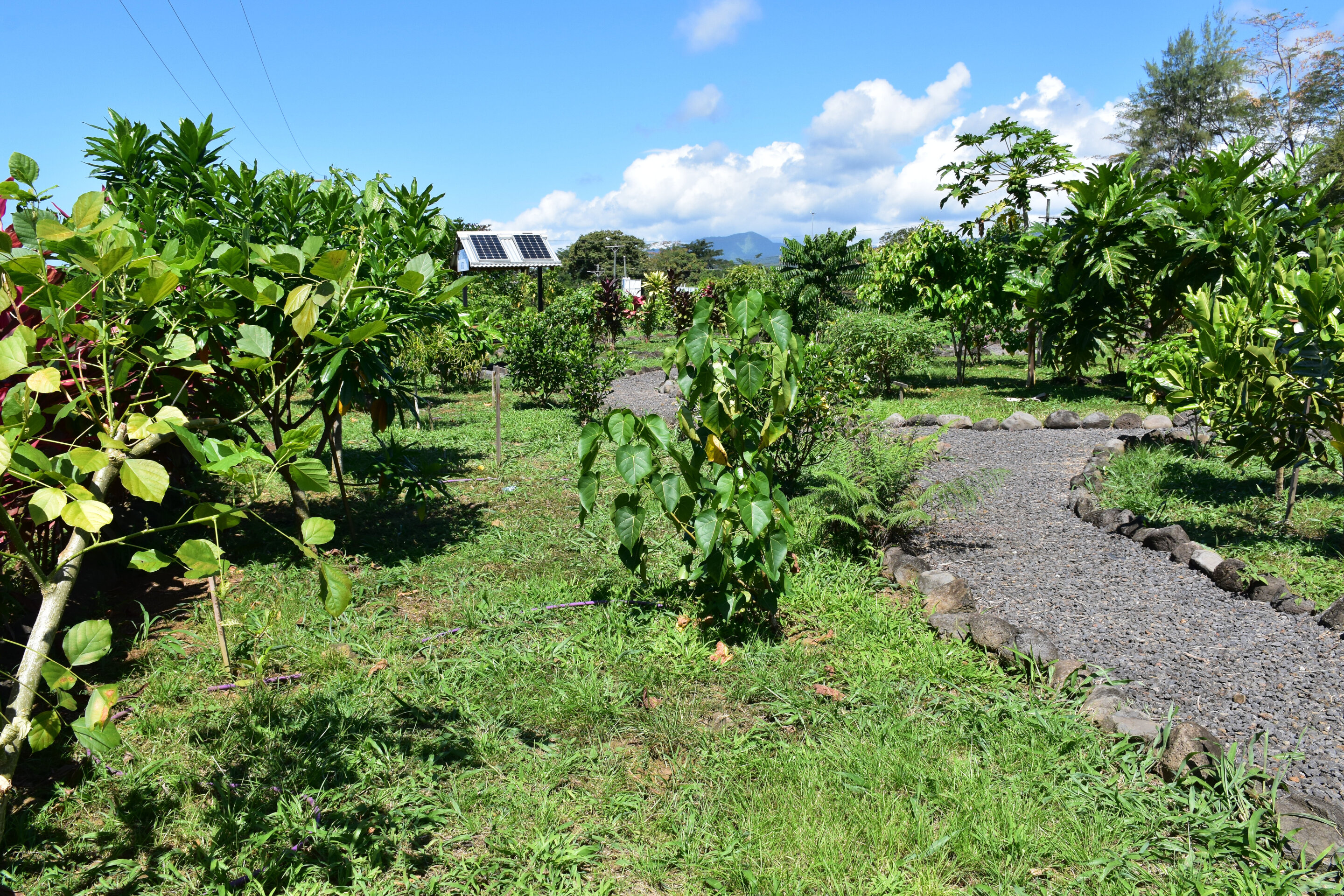 A team of researchers from Samoa, New Zealand and the U.S. has found that the leaves of the Samoan tree, matalafi, are as good at relieving inflammation as ibuprofen. In their paper published in Proceedings of the National Academy of Sciences, the group describes how they first studied the plant leaves and then tested them with mammalian immune cells.

For hundreds of years, natives of Samoa have been using the leaves of the matalafi tree to treat a wide variety of inflammation related ailments, including injuries, wounds and elephantiasis. It was not until recently that modern science took notice and began to look at the leaves, as well. One of the team members, Molimau-Samasoni, took a serious look at the plant as part of her Ph.D. research over a decade ago. Since that time, she and her team have subjected the plant to chemical genomic analysis and found that it is an iron chelator, which means it binds easily to iron.

Prior research has shown that such materials can be useful when iron disregulation occurs due to inflammation. Additional testing of the plant involved applied metabolomics, immunology, biochemistry and knowledge of the people who have been using it for many years in Samoa. These initial studies not only shed more light on the substances present in the tree leaves, but also showed that the plant very likely would be useful as an anti-inflammatory therapeutic. To find out if that was the case, the researchers tested it in the lab with a variety of mammalian immune cells. After discovering that material in the plant leaves reduced inflation, they compared its efficacy against one of the most popular drugs used to treat inflammation—ibuprofen. They found that the leaves were equally effective in treating inflammation.

The researchers suggest more work is required to further isolate the chemicals in the leaves that reduce inflammation and to make sure that their use does not result in unintended negative side effects. Of particular interest is determining whether the chemicals in the leaves can be mass produced in a factory, and if so, whether the resulting therapeutic has fewer side effects than ibuprofen.

Citation:
Traditional Samoan medicine found to be as effective as ibuprofen at reducing inflammation (2021, November 2)
retrieved 3 November 2021
from https://medicalxpress.com/news/2021-11-traditional-samoan-medicine-effective-ibuprofen.html

This document is subject to copyright. Apart from any fair dealing for the purpose of private study or research, no
part may be reproduced without the written permission. The content is provided for information purposes only.