Stu Teehan has always been aware of the need to be vigilant about cancer, particularly as in his various roles as a director, cameraman and photographer, he was involved in several projects with the HSE focusing on cervical cancer and the HPV vaccine roll out.

So when, two years ago, he experienced a strange sensation in his groin, he did a self-examination and realising something wasn’t right, immediately sought advice from his GP.

“In January, 2019, I was operating robotic cameras for a TV show called the Rotunda,” he says. “I spent a month working 14-15 hour days and was sitting on a crap chair pretty much all day, so when I noticed a numb, uncomfortable feeling in my groin, I put it down to sitting on the bad chair. But I have always been vigilant and check myself regularly, so that weekend, I did a bit of a check in the shower and the left testicle just didn’t feel right. It was very solid and smooth, like a pebble with absolutely no give when pressure was applied. I knew straight away something was very wrong but thought perhaps, because of the sensation, it may have been a torsion, a twist in the spermatic cord.

“But I had read of anecdotes of guys leaving it because of worry, shame or fear and I kind of knew the testicle was dead just by feel and knowing my body well by being vigilant about checking my bits and pieces. So I called the doctor straight away and got an appointment for later that afternoon – and after being examined I was sent straight to St Vincent’s hospital in Dublin as the doctor also believed it was a torsion.”

Stu, who lives in Wicklow with his wife and two children, knew he had a problem, but it didn’t cross his mind that he might have had cancer – so when this was diagnosed, he was dumbfounded.

“I went off to A&E and to be honest, was quite shocked to be in hospital but was also very worried and upset about my poor testicle,” he says. “The doctor had already told me that it was most likely dead due to torsion, and I was kept in for five days, but it wasn’t until the fourth day that I got the news that I had testicular cancer. My wife was with me on the ward when the doctor came in to deliver the news and I was quite upbeat initially, but when I heard him say the C word, I honestly lost the power of speech and comprehension.

“My mind was blown, and I couldn’t quite believe that I had cancer. I didn’t drink, looked after myself, ran 10km races for the craic, ate well and all the rest – but none of it mattered. I had cancer and that was all there was to it. It knocked me sideways. I was told that I had Stage 1A and the tumour may have grown through the inner layer of tissue surrounding the testicle, but not the outer layer, so it had not spread to blood or lymph vessels. Basically, the testicle was like an apple with a rotten core and surgery was a given.”

The 45-year-old was discharged after five days with an appointment to return for the orchiectomy (testicle removal) the following week. “The operation was a great success and scans revealed there was no spread to lymph nodes, so surgery was the only treatment I received,” he says. “The surgeon and staff were all fantastic and I was released sore but alive – and quite frankly this was the best possible outcome from this serious situation. There was no spread so no chemo, and that was a huge relief.

“My wife, kids and family were all brilliant and helped me through it. Unfortunately being freelance I had to go back to work four days post-surgery but apart from a limp and some discomfort I was alive. Since then I’ve been getting a full NCT every six months: CT scan, blood work and a chat with the oncologist. I’m always terrified going through this process, which doesn’t get easier. I feel as though cancer has a gun to my head; it can return at anytime, anywhere in my body and can kill. There is also an elevated risk that it will come back in the other testicle. I’m always super anxious waiting to see the oncologist, catastrophising in my head that I’m going to get bad news but so far so good.

“However, although the medical treatment was a success, the mental strain of it all really hit me hard. Oncologists have a very tough job diagnosing, giving bad news and having patients die and while I felt my oncologist was great, it was all quite sterile and full of medical jargon. My testicle was gone but my mortality was called into question and there was no solace, no counselling, no direction of how to handle this serious event in my life and I really struggled with my mental health in the weeks and months after.”

It is now over two years since Stu was diagnosed and underwent surgery. And while he is currently in good health, he lives in fear of his next review appointment and would urge other men to check their testicles regularly for any changes and seek medical advice if any concerns.

“There is nothing I can do to stop cancer [returning] – if cells decide to mutate somewhere in my body that’s out of my control, so hope is all I have,” he says. “Then six months [after being checked] I’ll do it all again, like a hostage to cancer, held tentatively in this world at its behest. But I’m in a good place with a supportive family in a first world country and am under observation, so I do count myself extremely fortunate.

“I have a had quite a few men contact me with worries [about testicular lumps and bumps] and I have told them all to seek help immediately and so far, none of them have had a diagnosis of cancer and instead it has thankfully been an infection or a cyst. So despite alarm bells going off, if you do find something amiss, it’s not always cancer and there are lesser ailments with lesser treatments available.”

Stu says he has heard stories about men who have got seriously ill or died because they have ignored symptoms, so he hopes his story will encourage others to be more proactive about their health. “I have read many articles about men and boys who have died because they were afraid of the lump they found or were scared of having their bits poked and examined or were simply ashamed of anything to do with ‘down there’,” he says. “So I tell everyone not to be afraid and to seek help. Yes, it’s scary but testicular cancer if caught early is very treatable and survivable so seek medical advice as soon as possible.

“Also examine yourself once a month in the shower for around a minute. Knowing the feel, size, shape, and texture means that with any change in a testicle you will know straight away. Knowledge is power and so few men actively monitor themselves that I feel the numbers with serious testicular cancer could be lowered through awareness campaigns. In an age where men’s health and wellbeing is being more actively promoted than ever, there has never been a better time to empower men to take care of their minds and bodies even better than previous generations.

“180 men approximately get testicular cancer in Ireland every year and some won’t make it so there is an opportunity here to actually save lives through knowledge and know how. If my story even gets one guy checking himself regularly then that’s a very positive result to come out of my cancer experience.

“Testicular cancer is one of the easiest cancers to treat and very often it can be cured. The treatment varies, but the first step is usually surgery and then the type of treatment depends on the size and stage of the disease, the type of testicular cancer [whether it is seminoma or non-seminoma], if the cancer has spread and the general state of the patient’s health.”

If the cancer has spread, you may get:
– A dull ache in your back.
– Tenderness in the breast area.
– Stomach-ache.
– Shortness of breath.
– A painless lump in the side of the neck.
For more information visit cancer.ie. 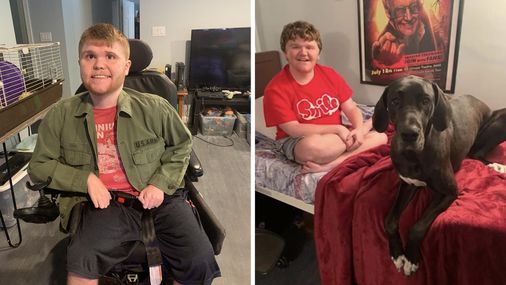